Rangers In a Strange Land

On June 1, 1961, 50 years ago this spring, Robert A. Heinlein published the most famous science-fiction novel ever written, Stranger In a Strange Land, the title taken from the Bible's book of Exodus.

I tried to read it once, and didn't get very far. I discovered that Heinlein was not my bag. Maybe I was too young, and should try it again, but it's hardly a priority.

Anyway... As I've said before, I hate all sports teams called Rangers. Whether hockey in New York, baseball in Texas, or soccer in Scotland. Rangers suck. Especially if they wear blue shirts. The only Ranger with a blue shirt who doesn't suck is the Lone Ranger. 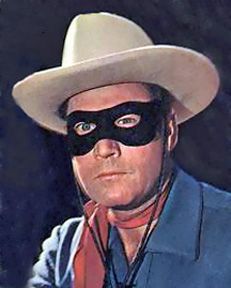 The New York Rangers are now down 2 games to 0 to the Washington Capitals in their NHL Eastern Conference Quarterfinal series. This is not a shock: The Rangers were the 8th and final seed, the Caps the 1st. In basketball, they say a series is never over (by Yogi Berra's definition or anyone else's) until the home team has lost at least once. The Rangers still have to play Games 3 and 4 at Madison Square Garden.

Washington, D.C. is often a strange land. Rarely is it stranger than for hockey. But the locals have taken to the Caps, led by Russian sniper Alexander Ovechkin, the last few years. They have never won a Stanley Cup, but are a perennial contender, having gotten to the Conference Finals last season. The Verizon Center is a relatively new (1997), comfortable arena. There is no danger of them moving.

The Texas Rangers are the baseball team in the Dallas-Fort Worth metropolitan area, a.k.a. the Metroplex. Talk about a strange land. They won the American League Pennant last year by beating the Yankees in 6 games, their 1st Pennant ever (as opposed to the Yankees' 40), before losing the World Series to the San Francisco Giants.

This weekend, they returned to New York to play the Yankees. Certainly, New York is a strange land, and I have called them the Texas Strangers many times.

Last night, the Rangers won, 5-3. Yankee starter Ivan Nova (1-1) did not have it, and didn't get out of the 5th inning. It might not have mattered, because Ranger starter Matt Harrison (3-0) was very strong. The only Yankee to homer was Curtis Granderson (his 3rd).

The resurgent David Robertson, Boone Logan, and the newly called-up Lance Pendleton pitched 4 2/3 innings of scoreless relief, which is encouraging. In his major league debut, Pendleton threw 3 perfect innings, no baserunners, including 2 strikeouts. Whether this is the beginning of a great career remains to be seen, but I'll gladly take that performance. Too bad Nova wasn't up to the task.

Knock knock.
"Who's there?"
Nova.
"Nova who?"
Know-of-a better choice for Ivan's spot in the rotation?

This afternoon, however, it was a different story. The Yankees won, 5-2. Mark Teixeira hit his 5th homer, Robinson Cano his 3rd. Freddy Garcia (1-0) won his 1st Yankee start. Joba Chamberlain pitched a scoreless 7th. Rafael Soriano allowed 2 in the 8th to make it dicey, but Mariano Rivera got his 6th save, and he still hasn't allowed a run this season, earned or otherwise. Derek Holland, despite not pitching poorly, took the loss for the Rangers (2-1).

In spite of the yucky weather in the Northeast (both Philadelphia and Washington had home games rained out), 41,876 fans came out -- actually more than came out last night, when the weather was better, 40,814.

At this rate, the Red Sox will finish 60 games behind the Yankees. Okay, that's not gonna happen... but if it did, as English soccer legend Kevin Keegan would say, "I would loove it, loove it."