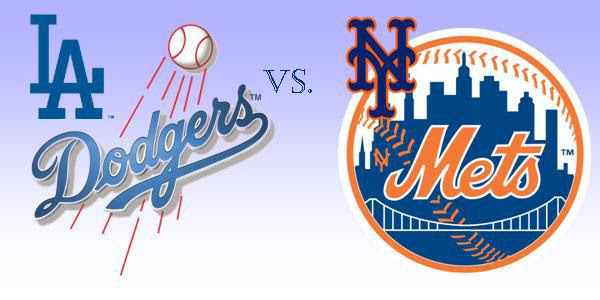 Yankees 6, Blue Jays 2. The Yanks gained a split in Toronto against the Pesky Ones. Bartolo Colon's renaissance is well underway. He pitched 6 strong innings before allowing a run and leaving in the 7th, and David Robertson, Boone Logan, Lance Pendleton and Rafael Soriano pitched 2 1/3 innings of scoreless relief.

Pendleton, making his 2nd big-league appearance, was a little shaky, only getting one out while allowing a hit and a walk, but Sori slammed the door for his 1st save of the season, bringing Colon's record to 1-1. Brett Cecil, the Toronto starter, was the loser (1-2).

Curtis Granderson, batting 9th, went 2-for-4, including his 6th homer of the young season, tying teammate Mark Teixeira for the American League lead. Teix himself went 3-for-5 including a double. Alex Rodriguez returned from a 2-game break due to injury, and went 0-for-2, but did reach base via 2 walks. Derek Jeter went 0-for-5, and got no closer to 3,000 hits.

The Yankees move on to Baltimore to face the Orioles.

Major League Baseball, as a corporate entity, has taken over the Los Angeles Dodgers, after team owner Frank McCourt, just in order to make payroll, had to take a $30 million loan from the company from whom he bought the club, Fox Television (and its demonic owner, Rupert Murdoch). McCourt, no relation to the late Irish-American author of the same name, has been involved in a messy divorce, and this, coupled with his alleged lavish lifestyle, has all but bankrupted him.

What would Walter O'Malley, baseball's supreme capitalist, have thought of the franchise he owned for 29 years solely and 37 years at least in part, requiring this form of "socialism"?

In 1969, doing research for the book that became The Boys of Summer, Roger Kahn, who had covered the Brooklyn Dodgers for the New York Herald Tribune in the early 1950s, asked O'Malley, then in his 12th year in Los Angeles, "Walter, what are you worth?" After some hemming and hawing, Lord Waltermort said, "A fair figure would be $24 million." That's about $150 million in today's money.

And Emil "Buzzie" Bavasi, once O'Malley's general manager and at that point president of the expansion San Diego Padres (and father of future MLB GMs Peter and Bill), a man who had opposed the move out of Brooklyn, told Kahn, "That's about right. All he left out was 300 acres in downtown Los Angeles."

Twenty-four million dollars, then. Equivalent to one hundred and fifty million dollars now. It would have given the old bastard a stroke to find out that he would have had to spend thirty... million... dollars... just on payroll. On something he really, really hated: Human beings! Doing work! That he would never do, things like maintenance of the stadium, and groundskeeping, and selling tickets, and selling food, and... gasp... playing baseball!

Now, the New York Mets, the team created in 1960-62 to replace both the Dodgers and the New York Giants (who had moved to San Francisco), are also in financial trouble, with owners Fred Wilpon and his son Jeff having lost a lot of dough in Bernie Madoff's bakery... where he cooked the books.

In spite of my recent song parody "Meet the Debts," the Mets aren't in the same kind of trouble as the Dodgers -- yet -- but the Wilpons have announced that they're trying to sell a 20 percent share of the team.

That's one-fifth. You'd have to have drunk a fifth of scotch in order to spend that much money on the M-E-T-S-Mets of New... York... town.

But the speculation that the Mets could be next to sustain the Dodgers' new fate is already well underway.

Actually, I have the ideal solution. A trade.

Send the Mets out to Los Angeles.

And send the Dodgers back to New York. Let them play in Citi Field for a while, while a new ballpark is planned, negotiated for and built. Surely, Mayor Mike Bloomberg, whose legacy is in tatters now, would love the boost to his legacy and to his ego. Then, after playing in Wilpon's Queens tribute to Ebbets Field, the Dodgers could move into a new park in Brooklyn, and that one can be named Ebbets Field (the Dodger franchise already holds the copyright on the name), and they can, truly, once again, be what they were always meant to be.

I can hear the public-address announcement now:

"And now, ladies and gentlemen, please welcome, the Boys of Summer 2017, your Brooklyn Dodgers!"

It's so simple. It makes sense. It would make a lot of money for New York. It wouldn't be losing a team, as the Mets would go to L.A. and New York could once again claim the Dodgers' history as its own. Don Mattingly, New York baseball legend, might actually still be the manager; think of the ovation he'd get, especially if, by then, the Yankees have taken a tumble (Rivera will be gone, Jeter and A-Rod might be) and the bandwagoners show up. And there will even be a few old Dodger fans still alive to get their team back after 60 years.

Yes, it makes sense. Which is why it will never happen. Neither Bud Selig nor Mike Bloomberg likes things that make sense to most people.

After last night's loss to the Houston Astros at Pity Field -- and that's not a reference to the elderly, aggrieved former Brooklyn Dodger fans -- the Mets are 5-13. That is, currently, the worst record in the major leagues. And at 1-7, it's their worst home start ever. Worse than their 1962-65 beginnings, worse than their late-1970s post-breakup by M. Donald Grant "Grant's Tomb" era, worse than their juvenile-delinquent 1993 season, worse than the Art Howe era, worse even than under Willie Randolph.

But at least they don't need to be taken over by Bud Selig. After all, Selig owned the Milwaukee Brewers for 28 years, and they won... one Pennant? Even the Wilpons have two Pennants in their 31 years... and a World Series, which Selig doesn't have. (But he has, as Commissioner, cancelled one!)

I'd sooner trust Fred Wilpon, or even Jeff Wilpon, to run a baseball team than Allan H. Selig Jr. And that is one hell of an indictment, Bud.
Posted by Uncle Mike at 10:31 AM