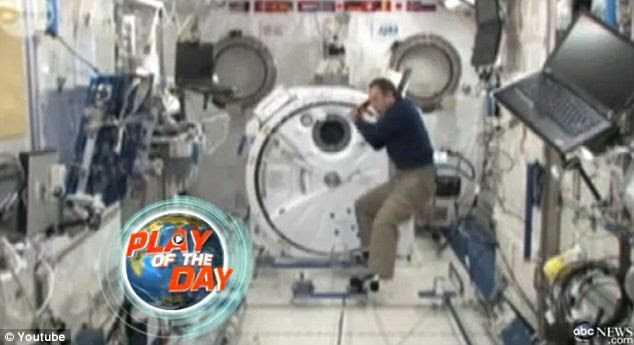 In 1968, Gagarin was killed in the crash of a plane he was test-flying. He was just 34. Or... is that really what happened? For all we know, the Soviet Union's greatest living citizen might have been expressing decidedly non-Communist sympathies, and was hushed up. Is that what happened? Probably not, but with the Soviets, you never know.

Like Gagarin, Columbia would have a horrifying death, in 2003, with all 7 people aboard perishing.

Some have names connected to space, others share names of astronauts. Nicknames, like Sunny Jim Bottomley, Archie "Moonlight" Graham, John "Blue Moon" Odom, and Bill "Spaceman" Lee, do not count.

Wally Moon was mainly a left fielder, but I couldn't keep Minoso out, and Wally did play a lot of right field. If you think I'm cheating with "Saturnino," the left fielder could be either Dale Mitchell or Kevin Mitchell, in honor of Apollo 14 Moonwalker Edgar Mitchell.

Cy Young is included in honor of U.S. Navy Captain John Young, who flew on the first Gemini mission in 1965, commanded both Apollo 10 and Apollo 16 (in which he walked on the Moon and piloted a lunar rover), and commanded the first shuttle mission. John Young was the only Moonwalker to fly on a shuttle, and the first person to fly in space 5 times, later the first to do it 6 times.

Apollo 15 commander and Moonwalker David Scott could have led me to put George Scott at 1B or Mike Scott on the mound, but Scott is just too common a name.

Honorable Mention to Bert Shepard, no relation to Alan although the name is spelled the same way. Bert was the pitcher who lost a leg in a World War II plane crash, but returned to pitch in the majors thanks to a prosthesis, for 4 1/3 innings in a 1945 game for the Washington Senators. He was every bit the hero the astronauts were, and are.
Posted by Uncle Mike at 10:13 AM