Yankees In a Fog (Figuratively and Literally) 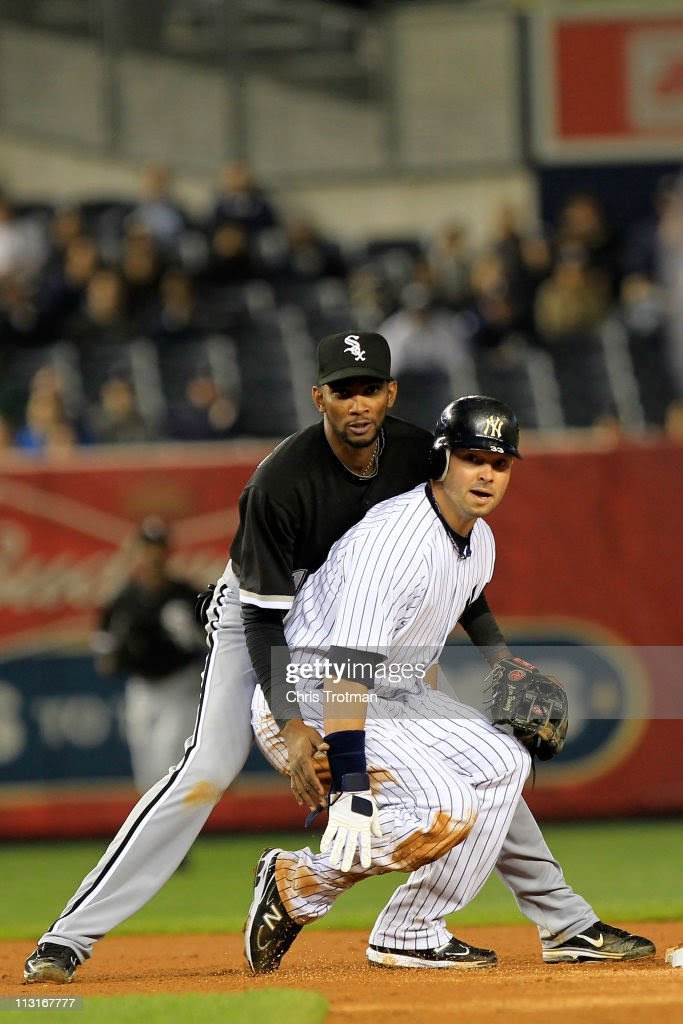 The Yankees lost tonight, 2-0 to the Chicago White Sox. Don't blame A.J. Burnett (3-1), as he pitched 8 innings, allowing only 3 hits, 2 walks and 1 run before Rafael Soriano allowed another run in the 9th.

Don't blame the weather, either: I've heard of games being delayed or postponed due to fog at Cleveland Municipal Stadium and San Francisco's Candlestick Park, but, though the fog is thick over Central Jersey tonight -- as thick as Mike "the Situation" Sorrentino, and I'm not talking about any part of his body below the neck -- it was not a factor at Yankee Stadium II tonight.

The real person to blame is Philip Humber (2-2), the South Siders' starter, who put the Yankees in a fog, allowing just 3 hits. Derek Jeter did not get any of those, so he's "stuck" on 2,955. Sergio Santos collected his 3rd save for the Pale Hose.

The only other AL East team that played tonight is the Toronto Blue Jays, and the Pesky Ones are winning at the moment, so none of the Magic Numbers goes down unless the Texas Rangers launch a late comeback.

Arsenal seem to be in a fog, too. You would expect that, in London. But you can't string all those draws together, and then lose to Bolton Wanderers (the 3rd team in Greater Manchester), and expect to win trophies.

Let's see if the Devils won tonight... Oh, that's right. Well, at least the Rangers have also been eliminated. Have I ever mentioned that the Rangers suck?
Posted by Uncle Mike at 10:03 PM