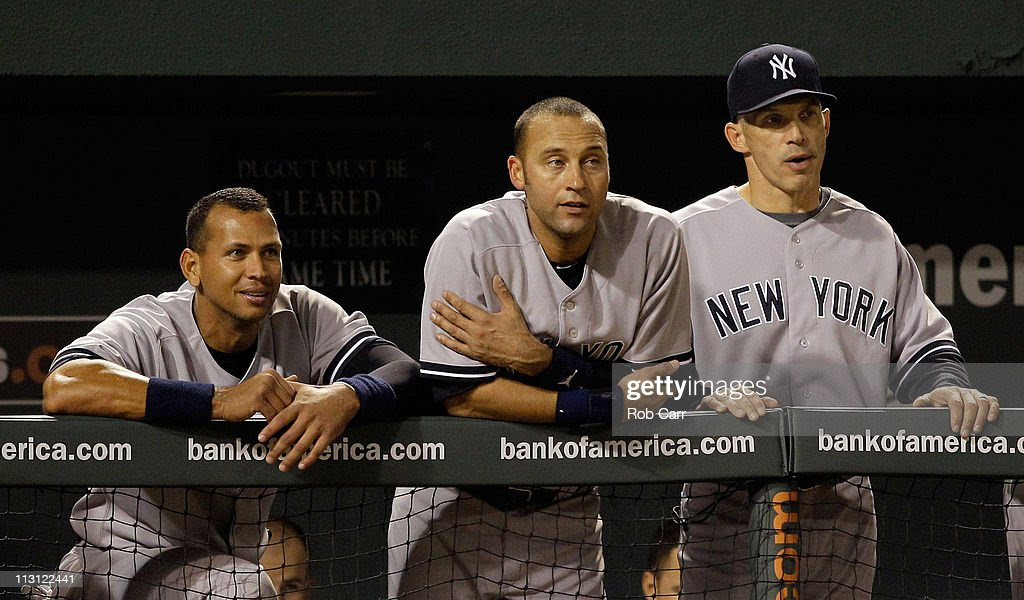 The rain finally stopped falling on the Chesapeake region yesterday, and the Yankees and Baltimore Orioles played at Oriole Park at Comedown Yards, or, as I like to call it, Yankee Stadium South.

The Yankees scored 3 runs in the top of the 1st, to take a 3-0 lead before the O's even got to bat. That'll silence a home crowd, and make it seem like there are a lot of Yankee Fans in the ballpark. (Attendance was just 30,054, probably kept down by the threat of rain, which means there may have been more Yankee Fans than home fans.)

Russell Martin, who may yet save Brian Cashman's reputation as a genius, homered in the 6th, and when the O's came to bat in the bottom of the 7th, it was six-nil to the Pinstripe Boys. CC Sabathia was cruising.

But then CC made a couple of mistakes, and Adam Jones (no relation to the felonious football player of the same name who calls himself "Pacman") knocked one out to close the gap to 6-3.

Well, much like Joe Louis, who fought at the old Yankee Stadium many times, the worst thing you can do to these Yankees is knock them down. It doesn't stop them, it only makes them get up and get mad. The Yankees scored a touchdown in the top of the 8th: 7 runs. Martin hit another homer, his 6th; Jorge Posada, who's batting .164, seems to hit nothing but home runs, and hit his 6th; and then the Yanks loaded the bases for Alex Rodriguez. The O's made a pitching change, and brought in Josh Rupe.

Now, I thought I could see what was coming. A-Rod was going to hit a long one, and make John Sterling think it would be a grand slam. Sure enough, having now seen it, I can see that he cranked it. But, listening on the radio, how could I be sure?

Sterling: "Swung on, and there it goes! Deep to left field!"

For A-Rod, it was his 5th homer of the season, the 618th of his career, and his 22nd career grand slam. He has, almost without people noticing it, come within 1 of Lou Gehrig's all-time record in that department. Gee, maybe he is clutch after all, right, Lisa? (Mike hangs his head in shame.)

In the 9th, the struggling Brett Gardner hit one out, to make the final score Yankees 15, Orioles 3. And the Yankee bench erupted, so glad for this guy who always hustles, rarely gets the glory, and really needed some.

In terms of ARod pulling to within one of Lou Gehrig's career grand slam record, I was caught off guard by that also--I knew he was aproaching, but didn't know how close--incidentally ARod had been tied at number two on the list with Manny Ramirez--unless he comes out of retirement, looks like he won't be challenging Lou or ARod for thr title anytime soon--for the record, I did see at least one ARod Grand Slam in person (he often seems to hit homers when I'm in attendance...)--a Grand Slam in walk off fashion (with a full count and two outs...) against the Orioles in April 07 (for a period it was in the YES Yankee Classics rotation...)

I was also at that April '07 Baltimore game, Paul. I was in the upper deck, right over the plate, well within range of seeing A-Rod's smile. Too bad we weren't smiling at the end of that season. I would've settled for Cleveland finishing the Sox off in the ALCS.