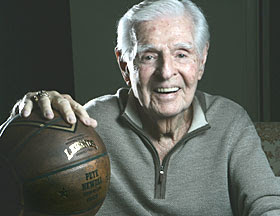 It's been a while since I posted anything. I apologize. Here's some crumbs from the Hot Stove League:

Assuming the Yankees can find David Wells' uniform from his last season with the team, 2003 -- probably the only one in team history that would fit CC Sabathia, and he does seem to have lost some weight since -- open the vault. The House of Steinbrenner will make its money back, and they'll have a more reliable pitcher than The Great Johan Santana.

Getting Nick Swisher was a good trade. He drives in runs. Who cares what his hair, facial or otherwise, looks like. He won't be Thurman Munson, but if he can hit anything like the old Captain did, then I don't care if he looks like a Geico Caveman. Or even like Johnny Damon when he was still with the enemy.

I still don't want Manny Ramirez in Pinstripes. We already have too much drama with Double Play-Rod. Let the L.A. Bums overpay to keep him.

Getting rid of Kerry Wood was a dumb move for the Chicago Cubs. Here was a guy who totally worked out for them in the last chance they gave him. He's not the reason they tanked in the Playoffs. And... they get rid of him? Decisions like this are why, in the words of the late songwriter and Cub fan Steve Goodman, "The last time the Cubs won a National League Pennant was the year we dropped the bomb on Japan." (Not to be confused with the Yankees sending Darrell Rasner to a Japanese team.)

But if the Mets signed Kerry Wood, he'd be going from the Curse of the Billy Goat, or the Curse of Fred Merkle, both of which hit him enough to make him a question mark, to the Curse of Kevin Mitchell.

I'd advise the House of Wilpon to stay away from him, but since when have they ever listened to me? Or to anyone with any sense?

We go into the finale with a 4-5 record, and have to beat the Purple B@$+@rds just to finish .500. They're 2-7. By all rights, we should be able to pound them. But the football team at Dear Old Alma Mater cannot be trusted this season. I predict the turkey will be one foul fowl this Thanksgiving.

Already, the talk around here is of a Giants-Jets Super Bowl. Oh, spare me.

He took them back to the Championship Game in 1960, losing to an Ohio State team that had Jerry Lucas, John Havlicek, and a reserve named Bobby Knight, who went on to become one of the great coaches himself and always looked upon Newell as something of an inspiration.

Newell was as high-strung as Knight, but more even-tempered: There were no embarrassing incidents on his record. Which was good, because of the role he had in the 1960s. At age 44, when he took Cal back into that '60 Final Four (only they didn't call it the "Final Four" yet), he was advised by his doctor to give up coaching.

He stayed on as athletic director, meaning he was in charge of the athletic department when the school -- known as "Cal" for sports purposes but "Berkeley" for just about everything else -- went through an incredibly turbulent period that included the "Berkeley Free Speech Movement."

His last active coaching job was in the 1960 Olympics. The U.S. team that won the Gold Medal was considered the best basketball team ever assembled, until the 1984 and 1992 U.S. teams. It featured Imhoff, West, Lucas, Oscar Robertson, Walt Bellamy, Bob Boozer and Terry Dischinger -- 7 future NBA All-Stars, and the first 5 are in the Basketball Hall of Fame, as is Newell. This team was so good that Havlicek, who went on to become the all-time leading scorer in Boston Celtics history (and still is, ahead of Bill Russell and Larry Bird), made it only as an alternate.

Newell later established a basketball camp for centers, where his students included Kareem Abdul-Jabbar, Bill Walton, Ralph Sampson and Shaquille O'Neal. His effect on the game lasted from the 1940s to the 2000s -- from the era of George Mikan and Bob Kurland to that of Kobe Bryant, Tim Duncan and LeBron James.

UPDATE: Pete Newell has no gravesite: He was cremated, and his ashes were given to his wife.

Days until the Devils play another nearby rival: 3, Friday night, at home vs. the Islanders.

Days until the end of the Bush Administration and the Obama Inauguration: 63. Nine... more... weeks. Hallelujah.

Days until the new Yankee Stadium opens: 149. (At least, officially. Two exhibition games with the Cubs have been announced, but they won't count.)
Posted by Uncle Mike at 10:50 AM 1 comment: