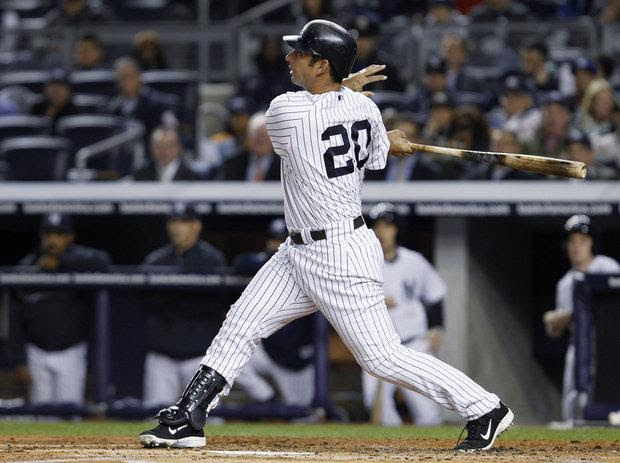 The Yankees opened a 3-game series at home with the Minnesota Twins with a 4-3 victory. Fewest runs of the young season so far, but with Ivan "Super" Nova proving he belongs in the rotation with 6 good innings, and a scoreless inning each from Joba Chamberlain, Rafael Soriano and Mariano Rivera (for his 3rd save), it was enough.

Home runs by Alex Rodriguez (his 2nd) and Jorge Posada (his 3rd). Derek Jeter went 0-for-4, stuck for the moment on 2,927 hits. Twins starter Scott Baker was the losing pitcher.

The Yankees are now 3-1, 2 1/2 games ahead of the idle Boston Red Sox and Tampa Bay Rays, but the Baltimore Orioles are 4-0. The Texas Rangers are also 4-0; the Philadelphia Phillies and Cincinnati Reds, 3-0. The Milwaukee Brewers are 0-4; the Red Sox, Rays and Houston Astros, 0-3.

Weather permitting, the Yanks and Twins go at it again tonight at 7:05 or thereabouts. CC Sabathia makes his 2nd start of the season, against Brian Duensing.

Remember, UConn is not a "New York Tri-State Area" school. Storrs, Connecticut is 147 miles from Midtown Manhattan and 84 miles from Boston's Downtown Crossing. It is a New England institution, just like the Red Sox (steroids), Patriots (Spygate) and the New England Revolution (who so clearly bought off the referee during their game with the Red Bulls at Foxboro last spring).

Same New England, always cheating. (To the tune of "The Wesminster Chimes"... you know, the Big Ben song that the Yankees play whenever they score a run.)
Posted by Uncle Mike at 10:13 AM