A Tale of Two Martins 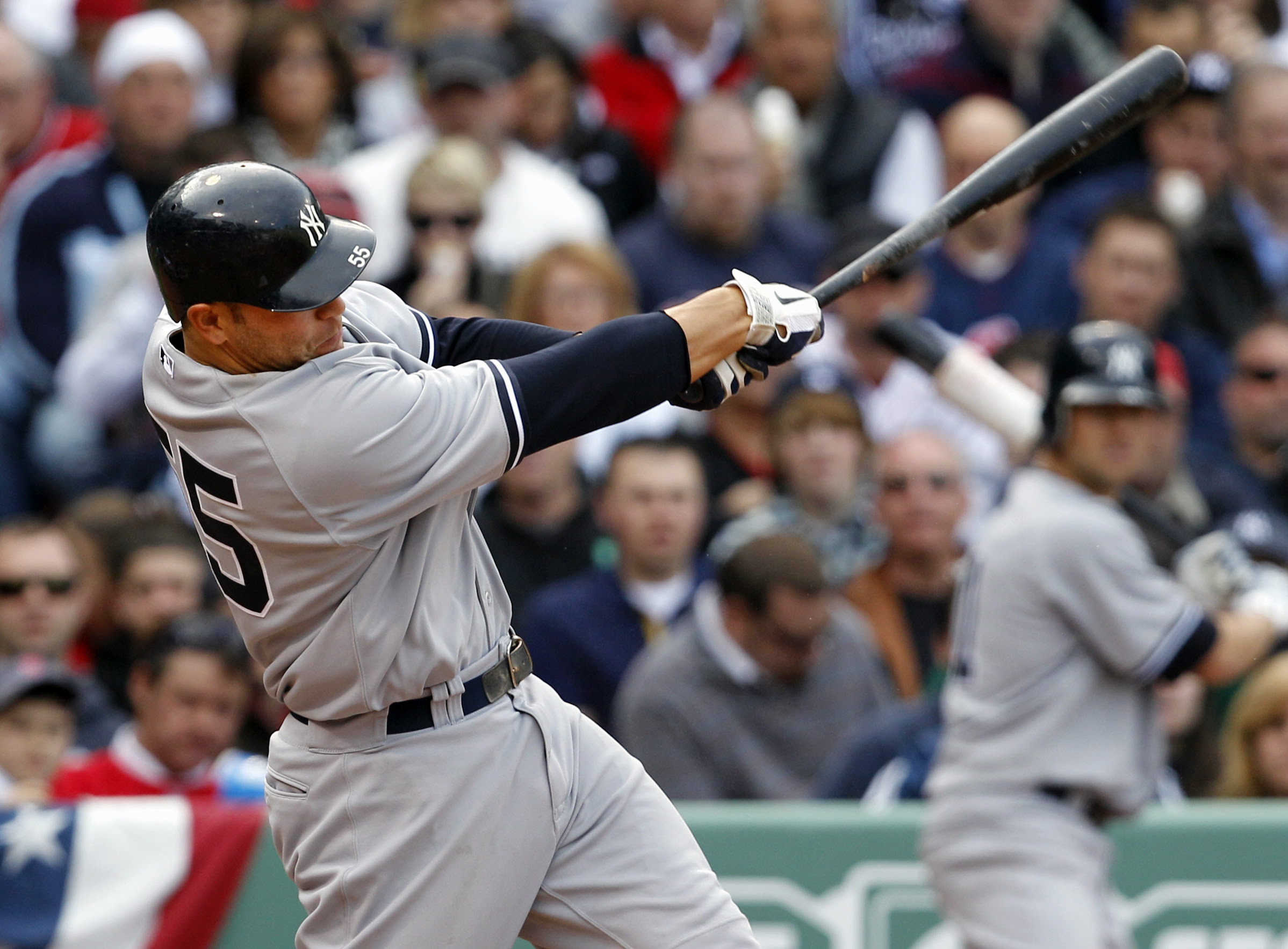 Yankees 9, Red Sox 4, at Fenway Park yesterday afternoon. Russell Martin, Curtis Granderson and Robinson Cano each hit his 2nd home run of the season. Martin added his 3rd. Derek Jeter got a hit, now 67 away from 3,000. Cano had 2 hits, Alex Rodriguez had 3.

John Sterling's home run call for the new Yankee catcher? "Russell has muscle!" I suppose, seeing as how Sterling is white, it's better than "Martin is a dream!"

WP: David Robertson? (1-0) Yes, because starter Ivan Nova got hit hard, allowed 4 runs, and didn't make it out of the 5th inning. Robertson got through the 6th, Joba Chamberlain through the 7th and Luis Ayala the rest of the way with no more runs. (No save, as the Yanks led by 5 runs as Ayala came in as the last pitcher.) Ayala, a 33-year-old Mexican, plast pitched in the majors for the 2009 Washington Nationals, but has mostly been hurt since '08. LP: Clay Buchholz (0-2).

The Mets won against the Nats last night at Pity Field. The Baltimore Orioles beat the Texas Rangers last night, dethroning the majors' last undefeated team. And the Tampa Bay Strays are no longer winless, the last team to get into the W column in '11.

Arsenal beat Blackpool 3-1 this morning (our time, afternoon their time). Abou Diaby, Emmanuel Eboue and Robin van Persie scored, and Jens Lehmann made his return to goalkeeping a good one.

I hope not: Arsenal only finished 4th that season. This season, they're in 2nd, and still have a chance of beating Manchester United out for the Premier League title.

The Devils lost to their own Scum at Madison Square Garden yesterday, blowing a 2-0 lead and losing 5-2. They could have prevented the Rangers from making the Playoffs, but the Carolina Hurricanes, long the 8th seed in the NHL Eastern Conference this season, lost to the Tampa Bay Lightning. Those 3 games the Devils needed to win against the Candy Canes to make the Playoffs came back to hurt them anyway.

This afternoon, the Devils host the Boston Bruins, a New England team that, unlike the Red Sox, Patriots, Revolution and UConn men's basketball, cannot yet be proven a cheater. Why? Because they haven't won! (I'm still trying to figure out how the Celtics and the UConn women cheat.)

This will be the Devils' last game of the season, and, considering his decline this season, it could be Martin Brodeur's last game. I hope not, I think he's got one more good season in him, and these kids coming up could use his veteran presence. And, at his age, Johan Hedberg is not a viable long-term replacement.

Still, it might be my last chance to serenade him, to the tune of "The First Noel":

UPDATE: Brodeur played 3 more seasons for the Devils.
Posted by Uncle Mike at 11:24 AM

I give Sterling credit for not using "Oh, Russell, my favorite Martin!" or something to that effect (that would almost discrespect Yankee icon Billy Martin...)--discression over connections with Dr King's legacy is welsom, thouh it should be noted Russell is not white, but not unlike Derek Jeter and Predident Obama is biracial. His mother is French-Canadian an his father African-Canadian. Just this morning ESPN NY had a good piece on Russell Martin, Sr and Jr...

Didn't know that, Paul. The entry has been changed: "Considering that Sterling is white... "