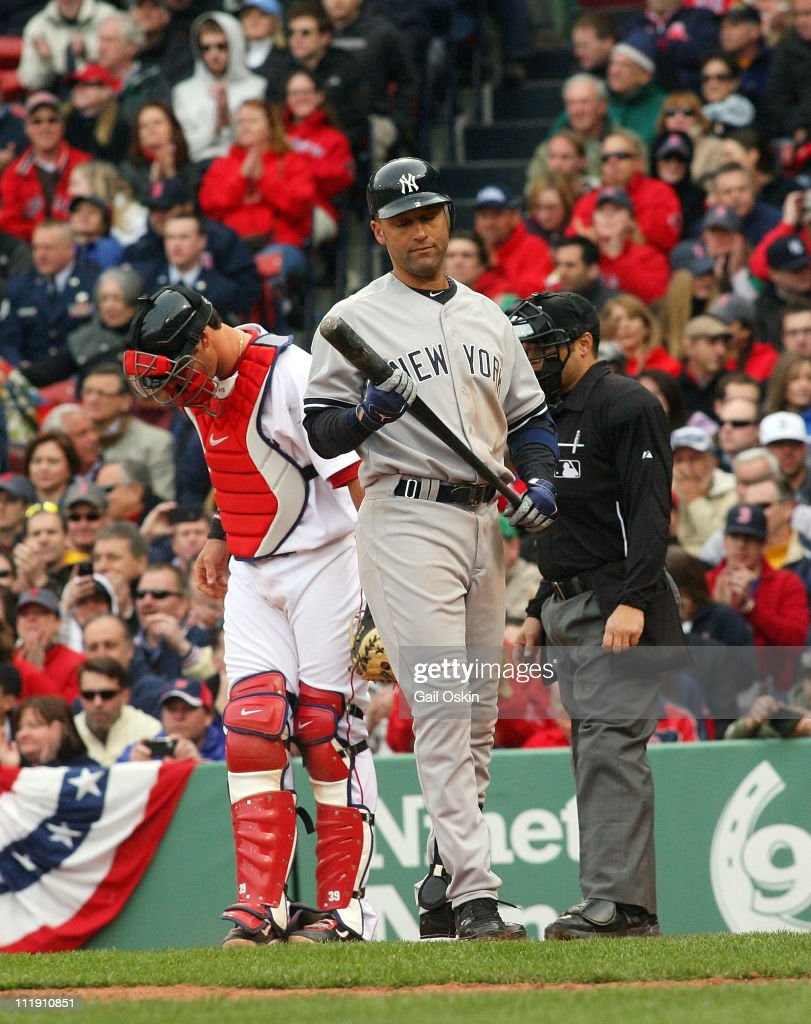 WP: John Lackey, 1-1, and he was really too wild to deserve the victory. Jonathan Papelbon got the save, obviously his 1st of the season. LP: Bartolo Colon, 0-1, although with 2 1-2-3 innings before 1 bad inning, he didn’t deserve the loss nearly as much as Phil Hughes, who was awful (after 2 games, his season ERA is now 16.50), or Boone Logan, who also allowed his run and showed that Aaron should have been the last Boone to wear Pinstripes.

Alex Rodriguez (outed as a steroid user but not while he was a Yankee) hit his 3rd homer of the season to tie it up at 6-6, get Hughes off the hook, and get revenge from getting plunked earlier in the game. Odd how he gets hit by the Red Sox more than by all other teams combined. But David Ortiz (outed as a steroid user with the Red Sox) got 2 big hits, and no one plunked him.

On a related subject, Manny Ramirez has apparently retired. He cut a deal: If I leave the game, you won’t suspend me for flunking another steroid test.

Manny Being Retired ends his career with 555 home runs. For all the good it'll do him. As somebody (it might have been The Last Angry Fan, see link to the right) put it, right now, Manny has as much chance of getting into the Hall of Fame as Garth Iorg.

This leaves the Tampa Bay Duffel Bags as the last winless team in the majors this season. They get underway against the Chicago White Sox in about an hour.