Top 10 Things Wrong With "The Natural" 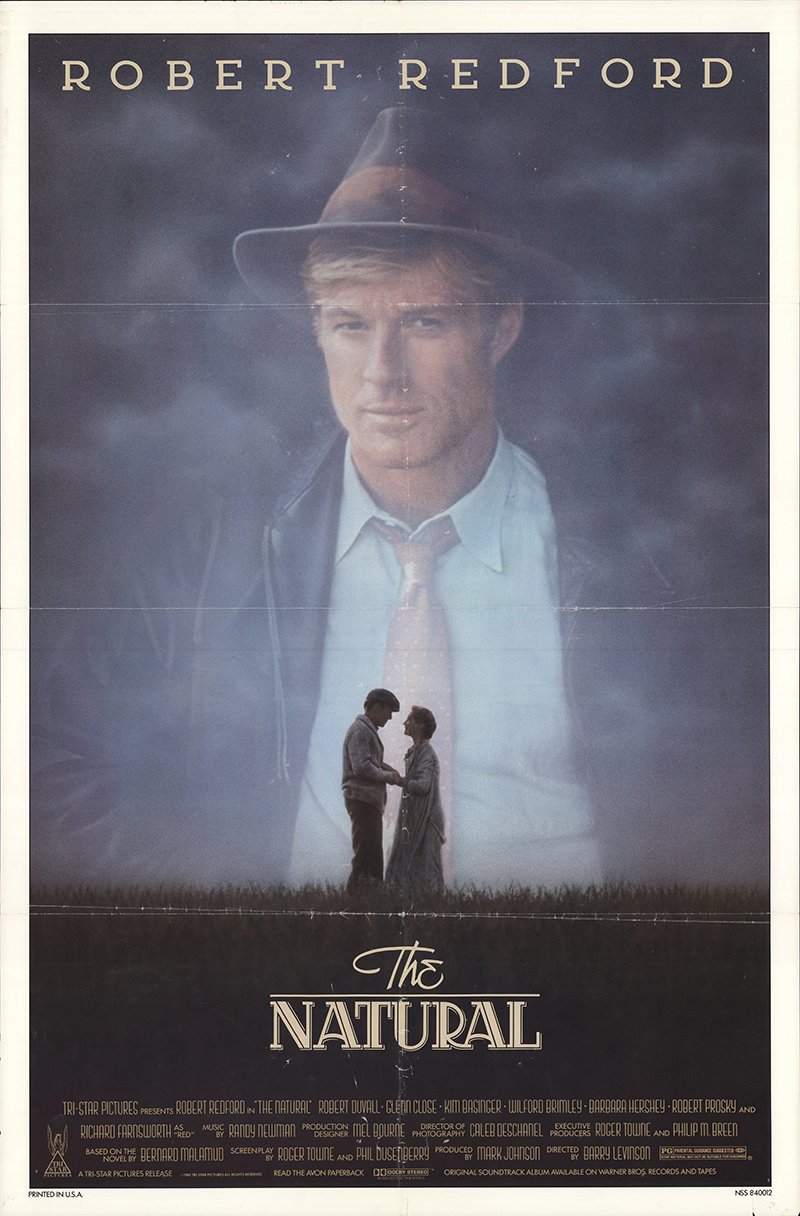 It's not perfect, though. And I don't mean that it's corny or sappy.

Top 10 Things Wrong With The Natural

And, no, I'm not going to cite the changes in baseball history -- the New York Knights taking the place of the New York Giants, but having a history more like that of the Brooklyn Dodgers, and George "Babe" Ruth, lefty slugger, becoming George "the Whammer" Wambold, righty slugger. Whatever was true within the world of the movie that isn't true in ours doesn't matter. What matters is things that, even within the context of the movie, don't make sense.

1. Why does the story never explain what happened to Roy in the intervening 16 years? We only get a brief, mumbled, skipping-ahead explanation from Roy to Iris on the Chicago roadtrip, and we don't really hear the details. We never find out.

I checked the book: It doesn't explain what happened in the interim, either.

2. When we last saw Roy, in 1923, he was a pitching prospect. When we next see him, in 1939, he's a right fielder, and, as Pop Fisher later says, "the best goddamned hitter I ever saw." Okay, Roy can hit. But why did he stop pitching? Certainly, the '39 Knights could have used another good pitcher.

3. Pop isn't just the manager of the Knights, he's half-owner of the club. I'm presuming that he's also the general manager. Are you telling me that his chief scout didn't tell him about Roy? Are you telling me that the Judge, the other half-owner, didn't tell him that he was signing Roy? Don't both half-owners have to sign the contract to make it official? Roy did say, "I got a contract." And Pop did say, "I wanna see it." How has he not seen it yet?

4. Max Mercy is not stupid. He heard the name "Roy Hobbs" at that county fair in 1923, and saw Roy strike out "The Whammer," the Babe Ruth analogue, the greatest player in baseball at the time, on 3 pitches.

This would be a national story, as it was when 17-year-old girl Jackie Mitchell, pitching in a 1931 exhibition game for the minor-league Chattanooga Lookouts, struck out the real Ruth and Lou Gehrig.

So when Max hears Roy's name again in 1939, does he really not remember? He knows the name and the face are familiar, that he knows Roy from somewhere. How hard would it be to go back into his personal records and check? He does do it some time later, so he could have done it earlier. But he didn't.

Indeed, a good reporter would wonder why Roy never showed up for his tryout with the Chicago Cubs -- the very reason he was on that train. A good reporter would find out what happened. If Bernard Malamud were paying attention to his characters, Max might well have made Roy his special project, trying to get him back to a chance at the majors, and he'd probably get back a lot sooner than 1939. Look at the stories surrounding the comebacks of Rick Ankiel -- a pitcher turned outfielder -- and Josh Hamilton.

5. Why does Bump Bailey die? He crashes into an outfield fence that is made of wood. Not concrete, wood. He might have a concussion, but he wouldn't be killed. Not unless there was a broken bottle that he fell on behind the fence, and he fell on it, and bled out. Or if he hit his head on something hard there. But hitting his head against a wooden fence shouldn't have been enough to do it.

6. Roy is not stupid. And, by age 35, he certainly is not naive. Does he really need Iris' note during the Playoff game to tell him that her son is his son? He couldn't figure it out based on their conversation back in her Chicago apartment?

7. The silver bullet is removed from Roy's stomach after the party at Memo's apartment in late September 1939. He was shot with it by Harriet in the summer of 1923.

Removing a bullet from a human body is tricky now, and it was trickier then, before the development of antibiotics. The resulting infection could prove more dangerous than the bullet, as Presidents James Garfield and William McKinley found out. But it was very possible. Why wasn't it removed when he was first shot?

8. Why would the playoff game be held at night? In real life, no postseason game, or playoff for a Pennant, was held at night until 1971.

I realize that Levinson wanted that great shot of the light standards shooting out and raining sparks down on the field. But he went so far out of his way to make the film look historically accurate, down to the red & black stitching on the baseballs, the advertising signs, and the 1839-1939 Baseball Centennial patches on the left sleeves of the uniforms. So why this one wrong detail? Why the playoff game at night?

9. A home run ball destroying a scoreboard clock? That did happen in a major league game once. A home run ball knocking out the power of a light standard? That's never happened, although Reggie Jackson hit the transformer on one at the 1971 All-Star Game, so, theoretically, it's possible.

Both of these occurrences happening at some point (or rather, at a pair of points) in Major League Baseball history? I can buy that. But both of them happening to the same player, within a few weeks of each other? I can accept a little suspension of disbelief, but, in the immortal words of the great New York sportscaster Warner Wolf, "Come on, give me a break!"

Even if you believe that a ball could be hit that high and that far (the right field pole was listed as 310 feet from home plate, so we may be talking 400 or so feet from the plate where the light standard was, so it's far-fetched, but not a crazy idea), the way the lights went out is scientifically ridiculous.
Posted by Uncle Mike at 12:41 AM