Winning. It's Better Than Losing. 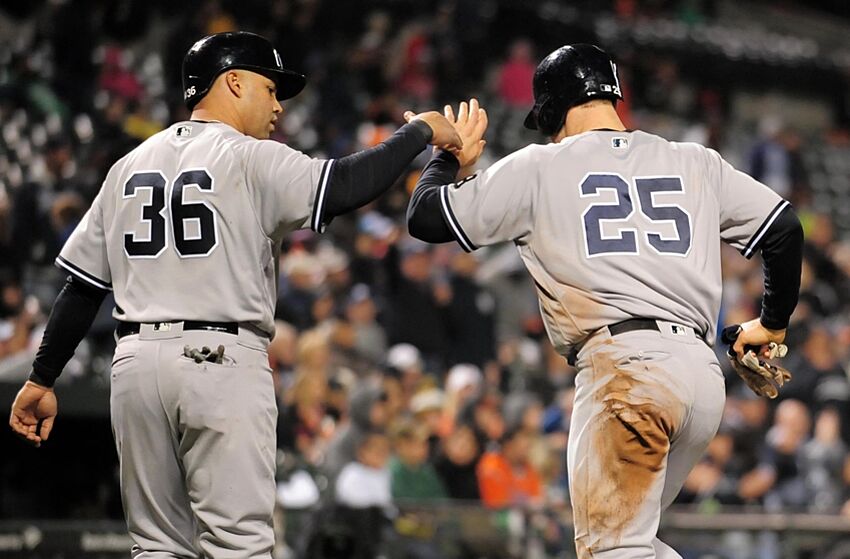 It's been so long, I can't tell anymore.

So the Yankees went into last night's game with the Baltimore Orioles at Camden Yards with a 6-game losing streak and an 8-15 record. It was long past time for the lumber to wake up and for the Yankees to use it properly.

And to get a good start. In other words, get the hitting we need and the pitching we need.

The game's easy, Harry, when you get good pitching, you get good hitting, and you score a few.
-- Richie Ashburn to Harry Kalas during a Phillies broadcast, 1987

CC Sabathia, perhaps the biggest question mark in the Yankee rotation going into the season, got the start, and the Big Fella dealt: 7 innings, 99 pitches, 62 for strikes, no runs, 6 hits, 2 walks, 6 strikeouts.

Then came the top of the 6th. Chase Headley led off, and, as you might guess, struck out. But Jacoby Ellsbury singled, and stole 2nd base. Brett Gardner singled... and Ellsbury only got to 3rd.

Let me get this straight: Ellsbury, who was signed mainly because of his speed, stole 2nd, and couldn't score from 2nd on a single?

Well, Ellsbury's inability to score from 2nd on a single turned out not to be an omen, because he could, and did, score on a sacrifice fly to center by Carlos Beltran. Then Mark Teixeira (the Baltimore area native still getting booed by Oriole fans for choosing the Yanks over the O's come free agent time) drew a walk. Then Brian McCann singled home Gardner. Then Starlin Castro grounded back to Wilson, who threw the ball away, allowing Teix to score. 3-0 Yankees.

The Yankees struck again in the 8th. Doubles by Beltran and McCann bracketed another walk by Teix, and singles by Didi Gregorius and Headley followed.

Headley got a hit?

Ellsbury drew a walk to load the bases, and Gardner was hit by a pitch to force home a run.

Shreve pitched a perfect inning? I don't believe it.

That is why you fail: You do not believe.
-- Yoda (Frank Oz), Star Wars, Episode V: The Empire Strikes Back

At any rate, we got everything we needed: 7 runs, 10 hits, errorless baseball, and great pitching.

The series concludes tonight. Masahiro Tanaka starts for us, Kevin Gausman for the O's. Then, it's back home, to face The Scum.

Come on you... yes, we can call them this again, even if there weren't any home runs last night... Bombers!
Posted by Uncle Mike at 8:29 AM