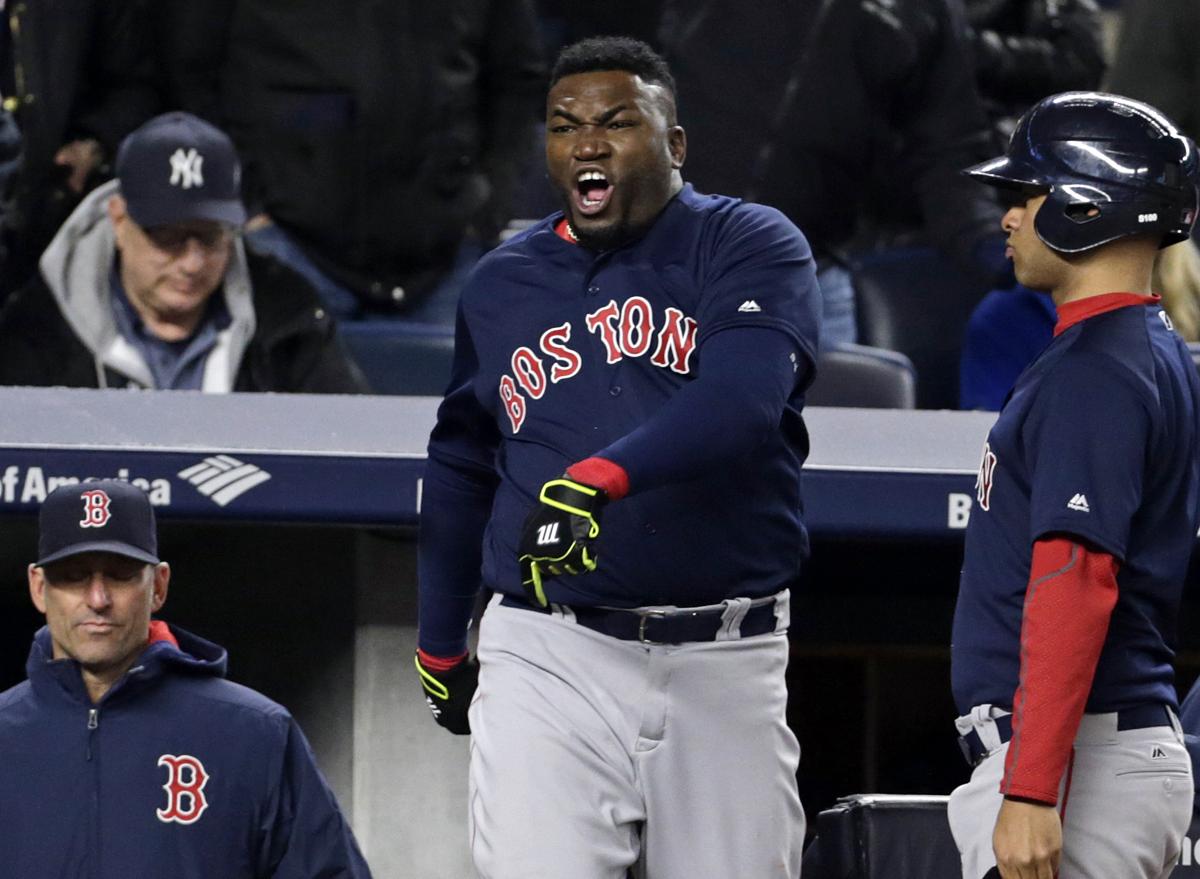 The Yankees, not hitting, and with injuries stacking up, were not in the best of positions to face their arch-rivals last night.

Nevertheless, when the Boston Red Sox come in, you better be ready.

Michael Pineda started for the Yankees, and he pitched all right for 6 innings, allowing 2 runs, 8 hits and a walk. He allowed a home run to, of course, David Ortiz, the big fat lying cheating bastard, in the top of the 1st, to make it 2-0 Sox. But he settled down after that, and didn't allow another run through 6.

So Pineda got through the 6th with the game tied. All right, leave him in for the 7th, right? Right. Except Joe Girardi got it wrong: He saw them triple digits on Big Mike's pitch count (106), and he brought in...

Chasen Shreve? With David Ortiz, the big fat lying cheating bastard, as the potential 5th batter of the inning? In a tie game? After he's already hit yet another steroid-aided home run off the Yankees?

Oh, that's it: Lord, deliver me from this evil, and take me now.

Sure enough, Christian Vazquez led off the top of the 7th with a double. Shreve got Mookie Betts to pop up.

And then Girardi pulls Shreve for Kirby Yates. Right, after Shreve actually, you know, got an out.

I rip Girardi when he gets it wrong, so I have to give him credit when he gets it right. This time, boy, did he ever get it right. Yates got Dustin Pedroia to line out to short, and then he struck Xander Bogaerts out looking, leaving Big Cheati in the on-deck circle.

That K charged up the fans, and it must have charged up Aaron Hicks: Unable lately to hit the ground if he fell off a ladder, he cranked one into the bleachers in right-center field, his 1st home run of the season. 3-2 Yankees.

Top of the 8th. Dellin Betances in to pitch. He gets Ortiz to hit a line shot to right. He fans Hanley Ramirez looking. But he allows a single to Travis Shaw.

Girardi doesn't take any chances, and brings in closer Andrew Miller. He walks Chris Young. Uh-oh, those walks'll kill ya...

And who's up? Of course. Him. Ortiz. The biggest Yankee Killer ever (in terms of both impact and weight). The greatest cheater in the history of baseball -- and yet, only the 2nd-biggest cheater in New England sports. (Tom Brady has 4 titles, Ortiz 3.)

Ortiz worked the count to 3-and-1. Then Miller threw a pitch on the outside corner. He flipped his bat back toward the Sox dugout, sure that he'd just taken ball 4 and forced in the tying run. Instead, home plate umpire Ron Kulpa called strike 2.

Ortiz had a conniption. He screamed at Kulpa. Sox manager John Farrell ran out, knowing that the at-bat wasn't over -- and that, if the Sox did tie the game, he'd need Big Poopi's bat in the lineup for extra innings. But his own argument got him thrown out of the game by Kulpa.

Then Miller threw another pitch that just ticked the outside corner. Kulpa called strike 3, and The House That Steinbrenner Built erupted.

So did Big Sloppy. He walked back toward the dugout, kept yelling, and Kulpa tossed him, too.

This sort of thing doesn't happen to the Red Sox. It usually happens for them, especially when it hurts the Yankees. Big Popoff couldn't believe he was being treated this way. You know, like any other player would have been if he'd been such an asshole to the umpire.

He ran back out, like George Brett (another cheating asshole, although it didn't keep him out of the Hall of Fame, just like Ortiz's cheating won't keep him out) during the Pine Tar Game in 1983. He screamed at Kulpa, showing a remarkable gift for American profanity, given that English is not his first language. He was in full "Don't you know who I am?" mode.

Let me remind you: There have been Yankees who have acted that way. Billy Martin comes to mind. So does Lou Piniella. But most Yankee stars don't. Reggie Jackson never did. Thurman Munson argued, but respectfully. I can't recall Derek Jeter ever arguing with an umpire in his 20 seasons in Pinstripes. Alex Rodriguez cursed out a Red Sox pitcher who intentionally hit him, but I can't remember ever seeing him argue with an umpire. Paul O'Neill? He would get back to the dugout, and throw his helmet and his bat, and scream at himself -- but I never saw him scream at an umpire.

It remains to be seen whether Commissioner Rob Manfred will further discipline Ortiz, but getting ejected from a game by an umpire usually results in a fine and a suspension. Most likely, he'll appeal, and still be able to play in the 2 remaining games of the series. But it would be a breath of fresh air to see David Ortiz -- or any Red Sox player -- to get suspended for something.

By the way, as somebody reminded me on Twitter last night: David Ortiz has failed a PED test, while, as far as the general public knows, Alex Rodriguez has not. Guess which one has missed.

Nearly lost in the commotion was the fact that the game was not over. The Yankees still had to get 1 more out, the bases were still loaded, and the dangerous Hanley Ramirez was coming to bat.

Miller struck him out swinging. 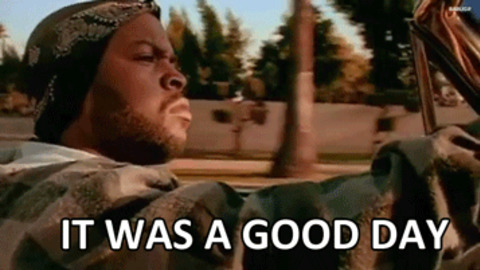 Yes, I got to say, it was a good day. But it wasn't quite the same as Ice Cube's "good day." The Lakers didn't play, in a rare playoff miss for them. The Seattle SuperSonics have been gone for 8 years. And, yes, we did "get static from the cowards," i.e. the Red Sox.

The series continues this afternoon.
Posted by Uncle Mike at 7:07 AM