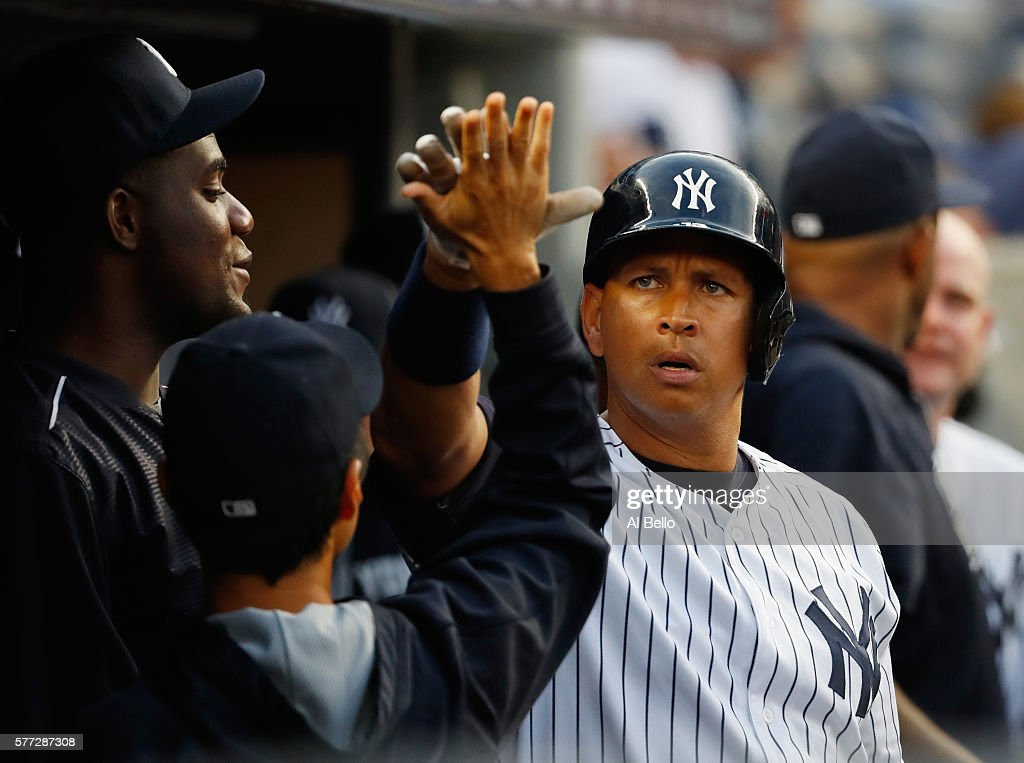 Last night, the Yankees began their biggest series of the season thus far, a 4-game home series with the 1st place Baltimore Orioles. It was time to find out: Can the Yankees get back into the American League Playoff race, or is this when we finally get proven to be not good enough?

In the 2nd inning, Alex Rodriguez, who's been so quiet for so long as he approaches his 41st birthday, hit a home run off Oriole starter Kevin Gausman. It was his 9th of the season, and the 696th of his career. That's 4 more to 700, 18 to catch Babe Ruth, 59 to catch Hank Aaron, and 66 to catch Barry Bonds. (Yeah, those last 2 are not gonna happen. Even catching the Babe is by no means certain.)

(UPDATE: Little did we know that Number 696 would be the last home run of A-Rod's career.)

The Orioles got a run back in the top of the 3rd, but Brett Gardner led off the bottom of the inning with a single. After Jacoby Ellsbury popped up, Carlos Beltran singled Gardner over to 3rd. Brian McCann flew to center, and that brought Gardner home.

The series continues tonight. Nathan Eovaldi starts against Vance Worley. Come on you Bombers!
Posted by Uncle Mike at 7:21 PM