Calling Fenway Park "The Fridge Left Open Too Long" Because What's Inside Got Spoiled! 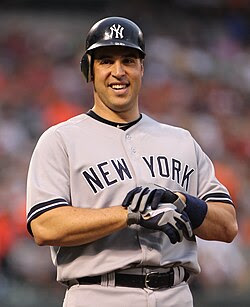 The last week has been very stressful for me -- and while it probably won't get worse, it's not likely to get appreciably better, either.

Times like these, I thank God for sports, especially baseball, especially the New York Yankees.

Ironically, I root for a hockey team called the Devils -- who now have their backs to the wall, with Game 6 at the Prudential Center on Tuesday night. Win, and they force a Game 7 in Sunrise against the Florida Panthers. Lose, and go home. Just like the Rangers will tomorrow night. Rangers suck.

On Friday afternoon, the 100th Anniversary of the opening of Fenway Park, the Yankees spoiled the festivities. Red Sox alumni going back to the 1930s (Bobby Doerr and Johnny Pesky, as well as legends like Carl Yastrzemski, Jim Rice, Luis Tiant and an obviously drunk Pedro Martinez and the somewhat less than legendary Kevin Millar) saw the Yankees spoil the festivities.

I have a Facebook page titled "Calling Yankee Stadium 'The Dryer' Because It Makes Sox Disappear." Maybe there should be one titled, "Calling Fenway Park 'The Fridge Left Open Too Long' Because What's Inside Got Spoiled!"

And then yesterday. As an old friend would have said, "Holy cow!"

Freddy Garcia didn't have bad control: He didn't walk anybody, and threw 30 of his 48 pitches for strikes. He just got pounded, allowing 5 runs on 7 hits, and he didn't even get out of the 2nd inning. Clay Rapada and David Phelps were no better, and the Red Sox led 9-0 after 5 innings.

The Yankees got a run back in the top of the 6th, on Mark Teixeira's 2nd home run of the season, batting righthanded off Sox starter Felix Doubront. No big deal, it was now 9-1 Sox.

Then came the top of the 7th.

Bobby Valentine, the former Met player and manager now in his 1st month of managing the Sox, replaced Dubront with former Phillies washout Vicente Padilla -- the kind of pitcher the Phils had to get rid of before they started winning again.

Padilla started off all right, striking out Andruw Jones. From there, the Yankees once again turned Fenway Park into a little green pinball machine. Martin singled. Eduardo Nunez reached on an infield single. Derek Jeter drew a walk to load the bases with only 1 out. Swisher came up, and...

If this greatest of all North American sports rivalries were an English soccer "derby," we'd have been singing, to the tune of "My Old Man's a Dustman"...

Nick Swisher is magic
he wears a magic hat
and when he saw the Green Monster
he said, "I'm having that!"

Well, so what, a 4-run lead is still pretty big, isn't it? Ah, but this is Fenway Park. As former Astro and Cardinal pitcher Joaquin Andujar said, "Baseball can be summed up in one word: Youneverknow." Or, as Yogi Berra taught us, "In baseball, you don't know nothin'."

Robinson Cano restarted things with a double to left. Valentine replaced Padilla with Matt Albers. A-Rod reached on a fielding error. 1st and 3rd. Still only 1 out.

Teix came up, now batting lefthanded, and boom! It is high! It is far! It is... gone! Switch-hitting home runs. Red Sox 9, Yankees 8.

Valentine pulled Albers for Franklin Morales, who got the last 2 outs of the inning without allowing any more runs, but the damage had been done. A 1-run lead at Fenway is never safe until the last man is out.

At this point, Yankee broadcaster John Sterling, partnering with Suzyn Waldman, said this on WCBS 880: "We have seen a lot of games like this at Fenway Park." To which I said, "You know, John, sometimes, you can predict baseball!"

Rafael Soriano held the Sox scoreless in the bottom of the 7th. And then came the top of the 8th. If the Yankees had merely scored 1 run in this inning, and then won it in the 9th or in extra innings, this would still have been one of those epic Yanks-Sox games, and yet another humiliation of the Red Scum.

That is not what happened. This happened: Nunez led off with a single to left. Valentine panicked, and replaced Morales with former Yankee Alfredo Aceves, who walked Jeter. Swisher struck again, doubling them home. If I could have been at the players' entrance at Fenway after this game, I would have kissed Swisher's shoelaces. (As the kids are saying these days, "No homo.")

10-9 Yankees. In front of a nationwide TV audience on Fox, the comeback was complete.

The comeback was complete. The rout was still very much in progress.

Aceves was ordered to intentionally walk Cano, to set up a double play (or at least a force play). Then Aceves unintentionally walked A-Rod. Bases loaded. Keep in mind, there's still nobody out.

Teix struck again, nearly hitting his 3rd homer of the game, a shot down the right-field line that bounded into the stands over that low fence for a ground-rule double. Swish and Cano scored, A-Rod was only permitted to advance to 3rd. Still, it was Yanks 12, Sox 9.

The Sox fans, supposedly the most loyal in all of baseball, started leaving in droves.

If English "football" fans had been there, they'd have sung, to the tune of "Bread of Heaven"...

We can see you sneaking out!

Was the Yanks' humiliation of the Sox complete? Not by a long shot. Again, to set up a double play or a force (men on 2nd & 3rd), Aceves was ordered to intentionally walk Curtis Granderson. Of course, this again loaded the bases with nobody out. Yankee manager Joe Girardi sent Raul Ibanez up to pinch-hit for Jones. Valentine came out, got booed like there was no tomorrow (incredibly, for him as Sox manager, there is one), and brought in Justin Thomas.

At long last, the Sox caught a break -- in this case, literally. Ibanez lined a shot right to 1st baseman Adrian Gonzalez, who ran to 1st to double off Grandy. The shell-shocked Sox fans -- the ones who hadn't left early -- couldn't even muster sarcastic cheers or what Johnny Carson would have called "sympathy applause."

Valentine got the hell booed out of him for the last 5 of his 6 pitching changes. Sox fans were even chanting, "Tito! Tito! Tito!" for his predecessor, Terry Francona (he and his father, also a big-league player, were both nicknamed Tito), who was on hand for the Centennial ceremony despite having been fired after the latest of the many Red Sox chokes. Already, there is speculation that Bobby V will be the 1st MLB manager fired this season.

The Red Sox actually got more hits than the Yankees, 17-16. But that's not what counts, is it?

Girardi: "When you're down 9-0 after 5 innings, I know we have a great offense, but you don't see a comeback at any level very often in professional baseball. I think it just shows you the type of lineup that we have."

Swisher: "To be able to come back and pull that win off, that's a big win for us. "That's a huge momentum shift for us. This team, we never give up."

Teixeira: "We've got guys that don't give away at-bats. We take every at-bat seriously, whether it's the 1st inning or the 7 inning, up 9 or down 9. We don't want to just give away at-bats and go through the motions. Tonight, we just got on a little roll. That was a lot of fun... Some games, you get blown out. When you play 162 games a year, you're going to get blown out sometimes. But we still said, 'Hey, let's stay in it. We've got a few innings left. You never know.'"

Valentine: "It all happened pretty quickly, and it's all kind of confusing right now."

Wow. Yes, as Phil Rizzuto would have said, "Holy cow, these Yankees can get the clutch hits, Murcer, this is unbelievable."

Or, as Mel Allen would have said, "How about that!"

Tonight, ESPN will broadcast the series finale at 8:00, CC Sabathia against Daniel Bard. Taking into account the fact that the Yanks used up a lot of hits and runs (I know, it doesn't work that way), the bullpen got used up (I know, that's equally true for the Sox, and, besides, we didn't need Mariano Rivera yesterday), the Sox' pride is hurt, and they will be anxious for revenge, and it's an ESPN game, suggests a Sox win.

Then again, as Sterling is always telling us, "You can't predict baseball." The only thing you can predict at Fenway Park is what Yogi said: "It ain't over 'til it's over."

* And while all this was going on, Philip Humber of the Chicago White Sox pitched a perfect game against the Seattle Mariners.

Another ex-Met throws a no-hitter. The Mets are now a 50-year-old franchise, and still don't have one. (Neither do the 43-year-old San Diego Padres. Or the 8-year-old Washington Nationals, although they did have some in their Montreal Expos incarnation.)
Posted by Uncle Mike at 11:35 AM