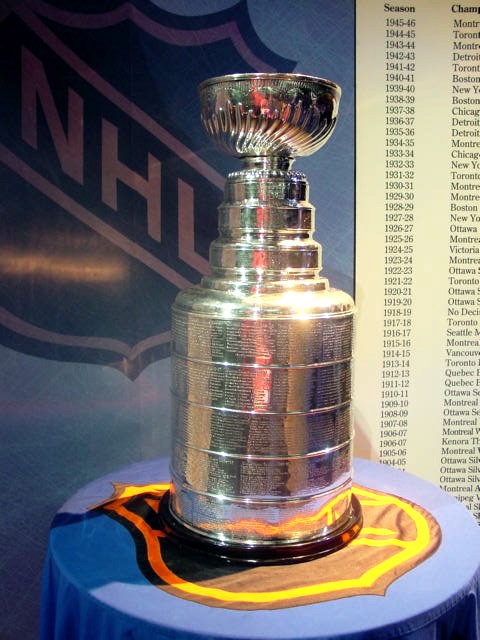 Conference Semifinals
Washington over New York (upset, denies Devils chance at beating The Scum)
Pittsburgh over New Jersey (I wish otherwise, but who's kidding who?)
Vancouver over Chicago
Detroit over St. Louis (upset)

UPDATE: Boy, was I off. The Devils even made the Finals! Alas, I had the eventual champions losing in the 1st round.
Posted by Uncle Mike at 7:00 PM