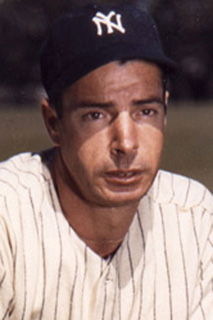 The defending World Champions were the Cincinnati Reds in baseball and the Chicago Bears in football. During the streak, the Boston Bruins won the Stanley Cup, and the Oshkosh All-Stars won the championship of the National Basketball League, the biggest basketball league in the world at the time. During the streak, Heavyweight Champion Joe Louis came from behind to knock out Light Heavyweight Champion Billy Conn at the Polo Grounds. England had suspended Football League and FA Cup play for the duration of World War II, so the titleholders were still the teams that won those trophies for the 1938-39 season, Everton of Liverpool and Portsmouth of Hampshire, respectively.

There were 48 States in the Union, and 21 Amendments to the Constitution of the United States. There hadn't been a Civil Rights Act since 1875. There was Social Security, but no Medicare, Medicaid, Environmental Protection Agency, OSHA, or Title IX. The idea that abortion and same-sex marriage would one day be legal was absurd -- but so was the idea that corporations were "people" and entitled to the legal protections thereof.

The President of the United States, as stated, was Franklin Delano Roosevelt. Herbert Hoover, his wife, and the widows of Calvin Coolidge, Woodrow Wilson, William Howard Taft, Theodore Roosevelt and even Grover Cleveland were still alive.

Harry Truman was a U.S. Senator from Missouri. Dwight D. Eisenhower was a Colonel stationed at Fort Sam Houston in San Antonio. John F. Kennedy was attending the Stanford School of Business, but dropped out. Lyndon Johnson was a Congressman from Texas. Richard Nixon was practicing law in the suburbs of Los Angeles. Gerald Ford graduated from Yale Law School, and opened a private practice in his hometown of Grand Rapids, Michigan.

Ronald Reagan premiered in the film Million Dollar Baby, which has no connection besides title to the 2004 Clint Eastwood and Hilary Swank film of the same title. Jimmy Carter and George H.W. Bush were in high school. Bill Clinton, George W. Bush, Barack Obama, Donald Trump and Joe Biden weren't born yet.

There were still living veterans of the American Civil War, France's 1860s occupation of Mexico, the Franco-Prussian War and the subsequent Paris Commune of 1871, and the Zulu War of 1879.

Not surprisingly, no Nobel Peace Prize had been awarded since 1938. The Prime Minister of Great Britain was Winston Churchill, and of Canada, William Lyon Mackenzie King. The monarch of both nations was King George VI, whose daughter, Princess Elizabeth, turned 15 just before the streak began. The Pope was Pius XI. The current Pope, Francis, born Jorge Mario Bergoglio, was 4 years old and living in Argentina. There have since been 15 Presidents of the United States, 2 British Monarchs, and 8 Popes.