And Then There Are Bad Days 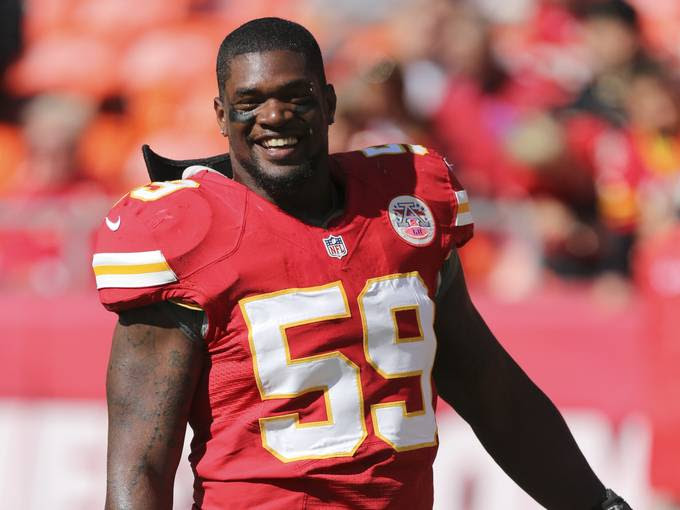 In October, the Yankees got swept in the American League Championship Series by the Detroit Tigers, 4 straight.  There was even a rain postponement mixed in, so it felt like we got swept in 5 straight.

This past Thursday night, Rutgers choked away their right to claim the Big East title outright, getting only a rather dubious share of it.

And, this morning (this afternoon, local time), Arsenal played like crap for the better part of 86 minutes against Welsh side Swansea City, totally deserving to lose, until Swansea finally scored in the 87th.  And again in the 91st (stoppage time), for a 2-0, as the booed rained down from the seats at the Emirates Stadium.

These were bad games.

They were not bad days.

Even December 1, 1984, a date which lives in EB infamy, 28 years ago today, the day that EB's football team lost the Central Jersey Group IV Championship and an undefeated season when a receiver lost a pass that would have meant a two-point conversion and (probably, there was a minute and a half left on the clock) the title, in the sun -- that was a bad game.  It was not a bad day.

There are bad games, and then there are bad days. It is important to know the difference.

Not for me, personally. Oh, sure, some things happened that I wish hadn't. Including that Arsenal loss. But I've had much worse days than this.

Before today, I had never heard of Jovan Belcher. Every so often, there is a case of someone where you never knew he was alive, until you knew he was dead. This is one of those cases.

A native of West Babylon, Long Island, he was a linebacker for the Kansas City Chiefs. He was 25 years old, and had started 10 of the Chiefs' 11 games so far this season, and had started some games last season, so he must have been doing something right on the field. He had a girlfriend and an infant son. Professionally and personally, things seemed to be looking up for him. There appeared to be no sign that he was unhappy.

This morning, he shot and killed his girlfriend, Kasandra Perkins, 22 -- in the presence of her mother. Then he drove to the Chiefs' practice facility at Arrowhead Stadium, and, in front of head coach Romeo Crennel and general manager Scott Pioli, whom he thanked for giving him a chance to play pro ball, he used his gun again, this time on himself.

Last I heard, there was no publicly-released explanation for either his homicide or his suicide.

The Chiefs have had a sad history. In 1963, running back Stone Johnson was killed when he broke his neck in a preseason game. He was only 23, and had yet to play a regular-season game in the NFL (or the AFL, in which the Chiefs were playing at the time).

In 1965, Mack Lee Hill, essentially drafted to fill the hole left by Johnson's death, died on the operating table during what should have been routine knee surgery. He was only 25.

In 1980, former All-Pro offensive tackle Jim Tyrer, going through business failures, did what Belcher did today: He shot and killed his wife, and then killed himself. He was 41.

In 1983, running back Joe Delaney, having played 2 All-Pro seasons, drowned in a failed attempt to save 2 drowning boys. He was 24.

And in 2000, Derrick Thomas, then one of the best linebackers in the game, crashed his car, was paralyzed, and died a few days later of a blood clot, at 33.

Now Jovan Belcher. I don't know what the Chiefs did to bring all this on, but it seems like the club is cursed. That they haven't won the Super Bowl in 42 seasons now, now seems totally unimportant.

As Bill Cosby taught us, "Don't ever say, 'It can't get any worse.' It can always get worse!"

(UPDATE: As Cosby himself later found out.)

Another prominent sports death is worse, although in this case, it was hardly a shock. Rick Majerus died at age 64, after years of battling heart trouble, probably brought on by his weight.

The Wisconsin native was head man at Milwaukee's Marquette University in the 1980s, spent a year as an assistant with his home-State Milwaukee Bucks, and moved on to the head coaching position at Indiana's Ball State University. In 1989, he led Ball State to both the regular-season and tournament championships of the Mid-American Conference -- what would be called "doing the double" if it were a soccer team.

That got him an immediate offer from the University of Utah, his most familiar position. He led them to 6 Western Athletic Conference Championships in 9 years between 1991 and 1999, and 3 wins in the WAC Tournament. In 1998, he got Utah all the way to the NCAA Tournament Final, losing to Kentucky, but winning fans over along the way with his tactics and his personality.

In 2004, a year after getting Utah its first title in the Mountain West Conference after leaving the WAC, he resigned, trying to get control of his health, and took a job as a college basketball analyst at ESPN.  But he was almost immediately hired to coach USC. He took the job, then, within days, at a tearful press conference, announced he wasn't taking it, because of his health. He later admitted that his elderly mother was opposed to him moving to Los Angeles. She died last year.

Majerus stayed at ESPN until 2007, when he was offered the post at Saint Louis University. He was doing well there, but resigned earlier this year as his health worsened again. He died this morning.

In 2000, with Gene Wojciechowski of ESPN, he wrote a memoir: My Life On a Napkin : Pillow Mints, Playground Dreams and Coaching the Runnin' Utes.

Rick Majerus will be missed. Jovan Belcher, since I didn't know about him before, I can't say I'll miss him, but the people who did know him are saying they will, and that they can't understand why he would have done what he did this morning.

"In the final analysis, our most basic common link is that we all inhabit this small planet, we all breathe the same air, we all cherish our children's futures, and we are all mortal."
-- John F. Kennedy
Posted by Uncle Mike at 10:11 PM