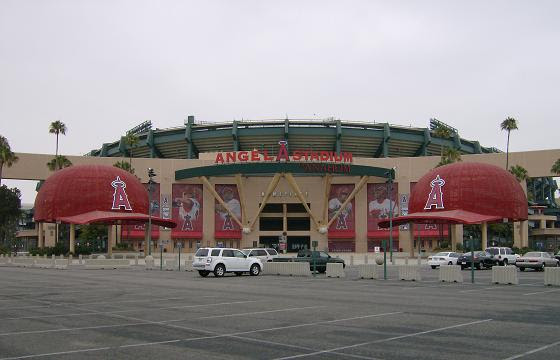 My choices, in descending order:

1. Chicago Cubs. I love Chicago, Lou Piniella is one of my all-time favorite people, and, after 100 years, Cub fans deserve a break.

2. Philadelphia Phillies. Being just 66 miles from Citizens Bank Park is part of it, but it's a great city and it hasn't won a World Championship in any sport in 25 years, longer than any other metro area with teams in all 4 sports -- in fact, of areas with as many as 3, only Cleveland has waited longer (though Seattle also had, but losing the SuperSonics dropped them from 3 sports to 2).

3. Milwaukee Brewers. They've waited 26 years to get back to the Playoffs, and there's something very likable about this team.

4. Chicago White Sox. They might have been higher, but it's been only 3 years. By the standards of Chicago sports (the Bulls to the contrary), that's one moment in time.

5. Tampa Bay Rays. The Ray-volution comes to a quick end.

6. Los Angeles Angels of Anaheim. Did I ever mention I don't like Southern California? Besides, it's only been 6 years.

7. Los Angeles Dodgers. Only the presence of Joe Torre prevents the L.A. O'Malley/Murdoch Bums from being dead last. I know, neither the O'Malley family nor Rupert Murdoch has anything to do with them anymore, but what other teams' mere existences are an insult? And, of those, how many are an insult to New York? At least the San Francisco Giants have the excuse that their 1957 ownership was merely incompetent, not greedy.

8. Boston Red Sox. I don't think I have to explain why. Though if the Mets had somehow squeaked in, the Sox would be ahead of them.

As for who I think will win, well, keep in mind how well my preseason predictions turned out. Anyway...

ALDS: Chicago over Tampa in 5, experience, pitching and The Thomenator prevail; Anaheim over Boston in 5, only having Beckett and Dice-K to pitch once each could be their doom.

NLDS: Chicago over Los Angeles in 4, remember that no team with Don Mattingly in uniform has ever won a Pennant, and none ever will; Philadelphia over Milwaukee in 4, the Brew Crew's pitching is hurt and/or exhausted, possibly including CC (who is the only reason I give them a chance to even win 1).

ALCS: Anaheim over Chicago in 6. I'd prefer a Chicago team to beat a Southern California team, but I guess I'll have to settle for that happening in the NL. The Angels just have too much talent, and no obvious weaknesses. Besides, do you really think Mike Scioscia is going to get outmanaged by Ozzie Guillen? Earl Weaver was a great manager, but he lost his cool plenty of times. He was absolutely outmanaged by Gil Hodges in the '69 WS, Danny Murtaugh in the '71 WS, Dick Williams in the '73 ALCS, Alvin Dark in the '74 ALCS, and Chuck Tanner in the '79 WS. Ozzie's smart, but he's also a loose cannon. Scioscia is different: You know who's going to show up.

NLCS: Chicago over Philly in 6. I like both teams, so I really can't lose here. Due to the aforementioned proximity to the Phils' park (being also 43 miles from the Yankee Stadiums, 47 miles from Shea and Citi Field), I know more Phils fans than Cub fans, but the Cubs have something they haven't really had in NL play since, well, 1945: The edge in pitching. I still can't get over the fact that Kerry Wood is not only pitching, but pitching well, and as... the closer! And they don't miss him in the rotation! Besides, who's the better manager, Charlie Manuel... or Sweet Lou?

World Series: This is a rematch of the Series shown in the film Taking Care of Business. In that one, Mark Grace homered off Bert Blyleven at what was then called Anaheim Stadium (and Jim Belushi, a Cub fan in real life as well, caught it), and the Cubs won the Series in 6.

But I don't see that happening here. If they had the home-field advantage, maybe. Wrigley can be a bit intimidating when the Cubs are winning. But Angel fans aren't like their evil twins up the freeway in Chavez Ravine: They know baseball, without needing Vin Scully to explain it to them. Plus, the Angels have that great bullpen.

Angels in 6. Which, if I'm not mistaken, will make them the 1st team ever to beat 2 teams from the same metro area in postseason play -- in the history of North American major league sports. (Then again, if the Cubs beat the Angels after beating the Dodgers, they would get that distinction.)

Now, you know that if the Angels win, Cub fans will be griping about something that happens, making it part of the litany of the Curse of the Billy Goat.

But maybe, just maybe, the Cubs will lose because the other team is better. That's what happened to the Cubs in the postseason in 1989, and 1998, and just last season. There doesn't have to be a Goat, or a Black Cat, or a Steve Garvey, or a Leon Durham, or a Steve Bartman.

UPDATE: Boy, was I wrong. It ends up Rays over White Sox, Red Sox over Angels, Dodgers over Cubs, Phillies over Brewers (the only Division Series I got right), Rays over Red Sox, Phillies over Dodgers, and, in the World Series, Phillies over Rays in 5 (although the 2-day rain delay in the middle of Game 5 made it seem longer).
Posted by Uncle Mike at 10:52 AM